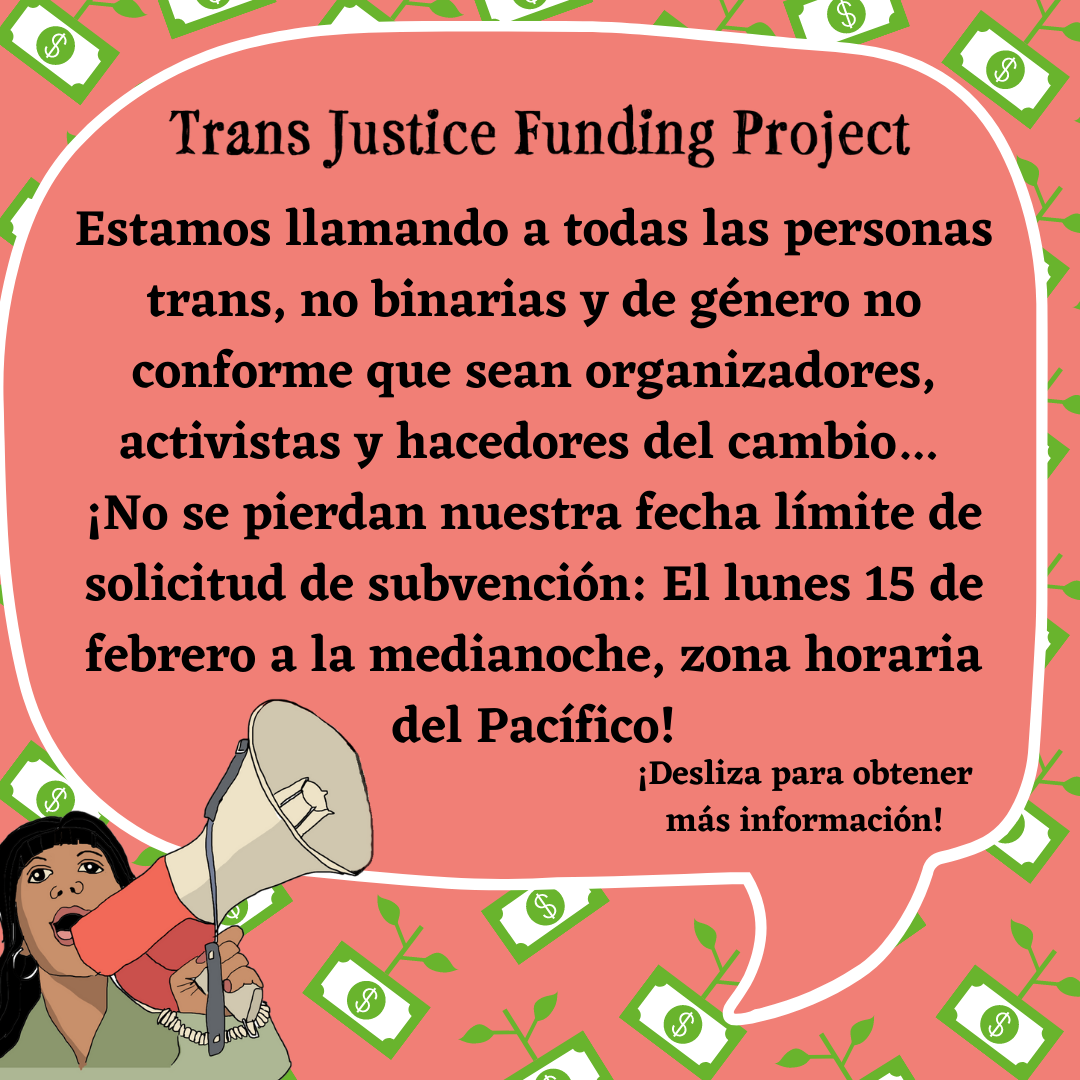 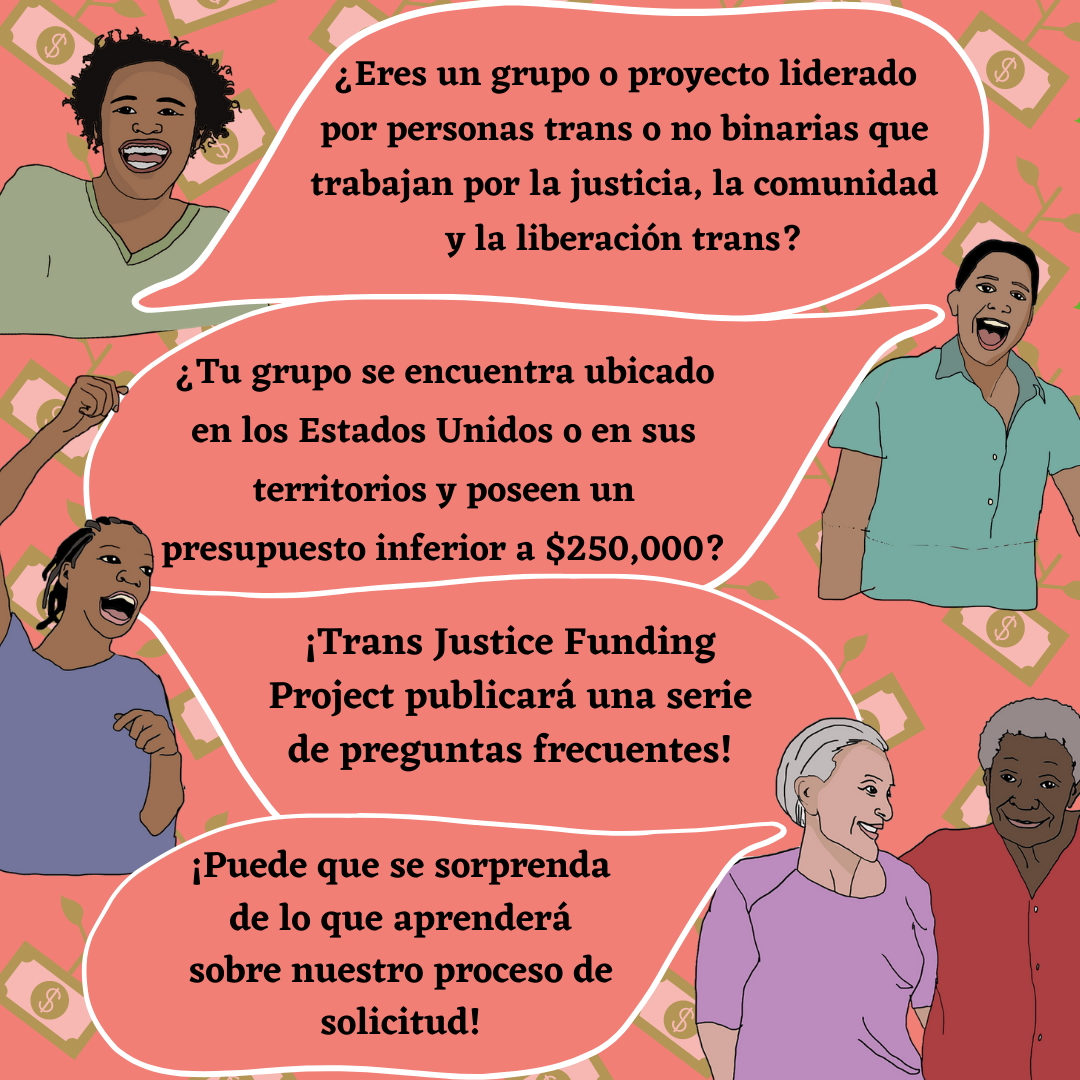 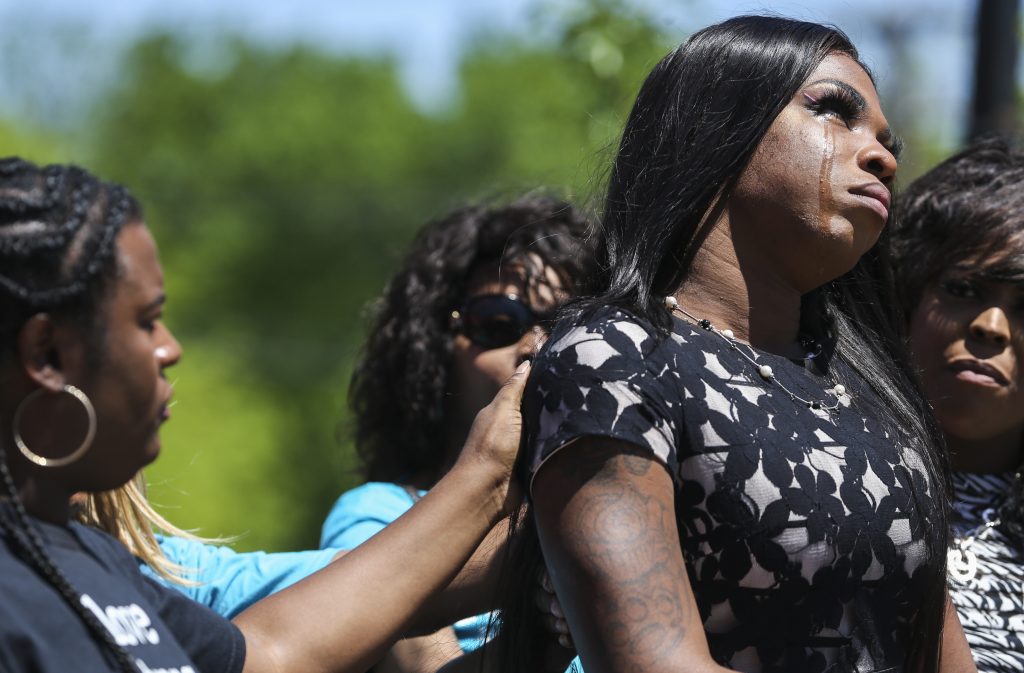 Our hearts are heavy and a fire rages in a deep place within our collective community as candles are lit to honor each precious life that is taken away from us at the hands of violence and discrimination.

Communities across the country and beyond are outraged and in mourning. In moments like this when we are heartbroken, devastated, and scared–we also know that all of us deserve to live full lives without fear of violence and death at nearly every turn. Today and everyday, we ask that you lift up yourselves, each other, and our beloveds.

Our sisters, our siblings, our communities can’t wait any longer-especially each and every trans woman of color—specifically black trans women. We have to do more then agree this targeted violence is unacceptable. It is our duty to recognize this as an emergency and show up in ways like never before to support their leadership, listen, and invest in their vision and survival.

Comments Off on Today, Not Tomorrow. Trans Justice NOW!

Our 2019 Application Deadline is this Friday!

Please remember, the application deadline is THIS FRIDAY at 12am EST.

In 2018, TJFP gave 650,000 dollars to 182 trans-led grassroots groups across the country, and we hope to do it again in 2019!  Please review the eligibility criteria and apply! Share widely and get your application in!

TJFP does not fund individuals.

Comments Off on Our 2019 Application Deadline is this Friday! 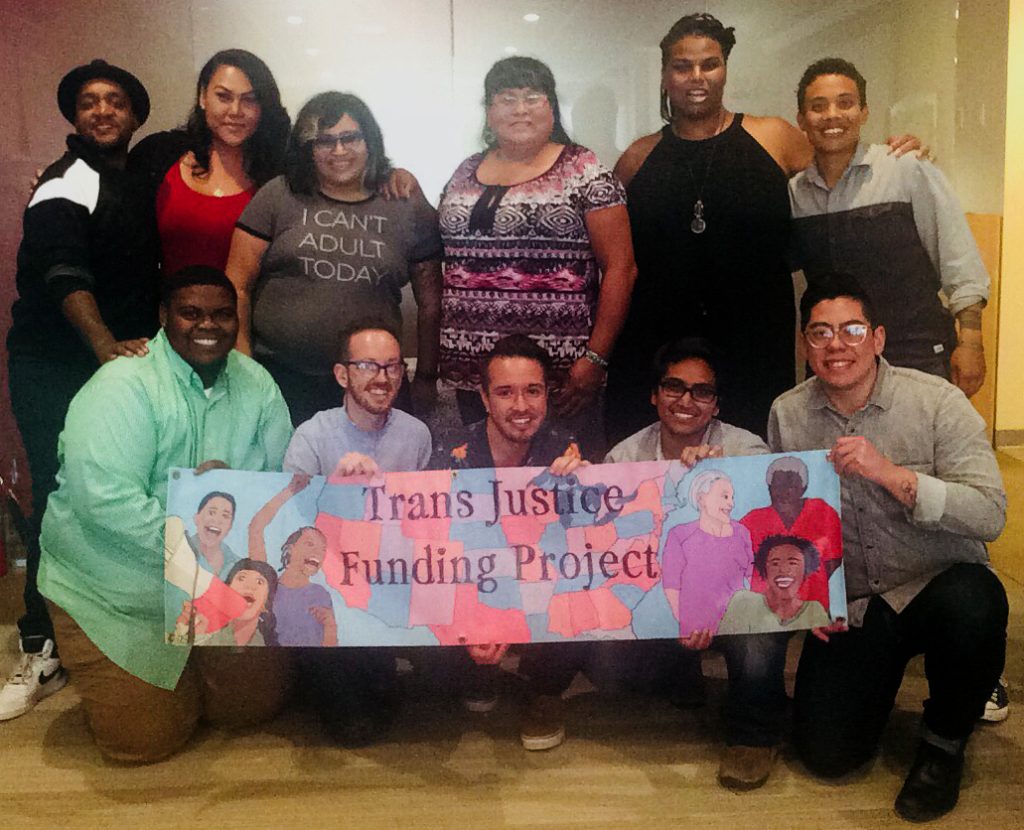 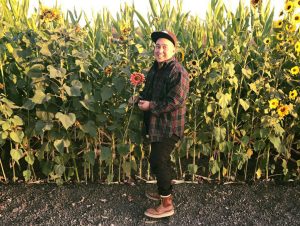 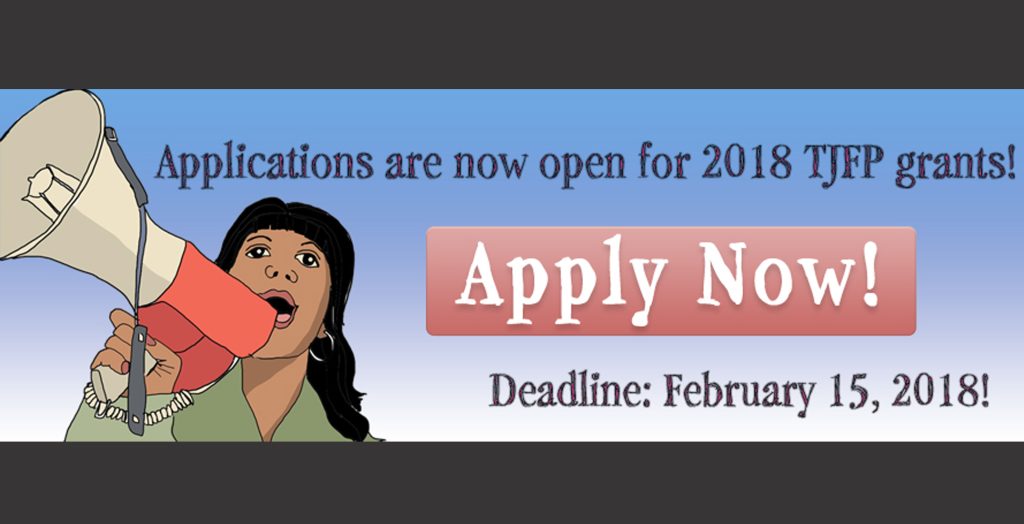 Please spread the word that our application deadline is this Thursday February 15th, 2018 at 12 Midnight EST!

Now is the time to apply or encourage others!

TJFP does not fund individuals.

Comments Off on TJFP 2018 Application Deadline Approaching on 2/15! 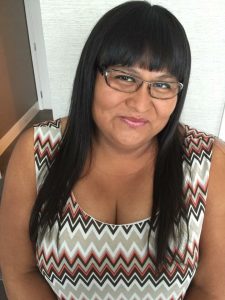 We are so excited to announce our final 2017 TJFP fellow, Mattee Jim!

Mattee is of the Zuni People Clan and born for the Towering House People Clan, this is how she identifies herself as a Navajo Person. Mattee currently works as a Supervisor for HIV Prevention Programs for First Nations Community HealthSource in Albuquerque, NM. Mattee is also a Board Member for the Transgender Resource Center of New Mexico, and A member of the Southwest Indigenous Women’s Coalition Native LGBTQ. Mattee has been Blessed to have many years of Sobriety and also takes honor in being a Mentor, Advocate, role model, Trainer, Consultant, Leader, and a Strong Native Transgender Woman.

We are so looking forward to spending time and learning from your brilliance!

Please spread the word that our call for applications is less than two weeks away!  Now is the time to apply or encourage others!

TJFP’s From the Ground to the Sky tour: Alabama

After spending an amazing five days in Tennessee and Mississippi, we drove East to Alabama and our first stop was the historic Selma. We could feel the momentous energy of the city the minute we arrived. The first thing we did was pick up our camera’s and walk over the Edmund Pettus Bridge. This bridge was the site of Bloody Sunday where an estimated 500 – 600 civil rights marchers were brutally attacked by state troopers as they headed from Selma to Montgomery in support of the Selma Voting Rights Campaign in 1965.

Later that day, we met with activist Quentin Bell, local Selman and founder of The Knights and Orchids Society (TKO). We sat outside along the Alabama River, at sunset and listened to Quentin talk about how the history of his hometown inspires him everyday to fight for trans justice in Selma.

That night we drove back to Birmingham, full of life and firmly committed to justice and liberation for our trans community. It was only heightened when we spoke to Daroneshia Duncan, founder of TAKE (Transgender Advocates Knowledgeable Empowering), an organization that provides supportive services to transgender people in Alabama. Our conversations with Daroneshia came on the heels of two recent attacks on trans women of color in Alabama–Jazz Alford, who was shot and killed and another, a member of TAKE, who was shot and is currently still in the hospital.

As we left the city of Birmingham we watched the landscape once again transition back into windy country roads, lined with thick beautiful forests. The words and experiences of Quentin, Daroneshia, and other Alabamans we spoke to, stay with us.

Our ancestors who crossed that bridge in Selma were met by state police and beaten, and those Civil Rights protesters continued to fight even after “Bloody Sunday”.  Many of the lessons of the past are also our blueprint for our future and we cannot afford to lose our history or each other.  Thank you to everyone we spoke with in Alabama and for being exactly who you are, where you are.

Stay tuned as we our share highlights from our next stop, Little Rock Arkansas!

Comments Off on TJFP’s From the Ground to the Sky tour: Alabama

“The massacre in Orlando was a dramatic punctuation of what is now a clear backlash to progressive advances.. From increased and persistent violence against LGBTQ people, especially Trans and Gender Non Conforming people of color; religious liberty campaigns, the anti trans bills and the vitriol stirred up during this Presidential election – it is critical we take action as a community to take care, defend and protect ourselves..

We cannot allow this backlash that seeks to send us into the shadows.”

In the midst of the onslaught of overwhelming violence against people of color, it’s important to be aware of resources and tools that we have to increase safety within our communities. Here are some great safety tips (in English and Spanish) to make note of. Please read and share, Community Safety Tips for Pride, Community Centers, Parties and Events written by Tasha Amezcua (The Audre Lorde Project), Ejeris Dixon (Vision Change Win Consulting),  Marisa Franco (Mijente), Elliot Fukui (Transgender Law Center).

Comments Off on Community Safety Tips for Pride, Community Centers, Parties and Events