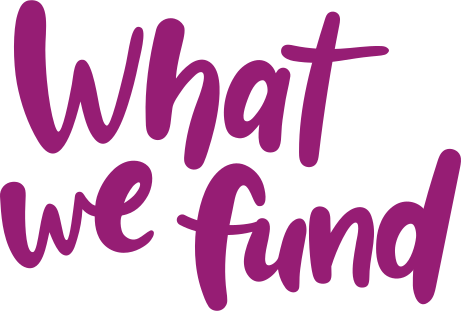 We fund grassroots trans-led groups organizing and fighting for trans justice in the U.S. and U.S. Territories.

For TJFP, this work can look a lot of different ways and it’s important that the trans communities name what is needed for their local community–whatever that may look like. And we understand that it can look different in every single place across the country.

We fund groups for and by the trans communities.

Over the years, we’ve moved money to trans leaders dreaming up solutions for their people. TJFP grantees are organizing online community organizing trainings and support groups, providing guidance on trans health and wellness, or legal support for undocumented communities. TJFP grantees are putting together mutual aid projects, clothing and food pantries, organizing film and art festivals while changing culture, they’re providing spaces for healing and housing, organizing carpools to and from doctor appointments and bail funds, or one time direct actions, and so much more! For more examples of groups and projects we’ve funded, you can check out our digital map and list of grantees here.

We fund groups and projects that are well established or newly forming.

Some groups that we fund have more of a formal structure with a 501c3 or fiscal sponsorship. And over half of the groups we fund each year are not incorporated and do not have nonprofit status or a fiscal sponsor.

We prioritize funding groups and projects that are led and run by trans Black, Brown, Indiginious and People of Color (BIPOC).

We center the leadership of trans people organizing around their experiences with racism, economic injustice, transmisogyny, ableism, immigration, incarceration, and other intersecting oppressions.

Trusting and supporting trans leadership is at the heart of everything we do both internally and externally at TJFP.