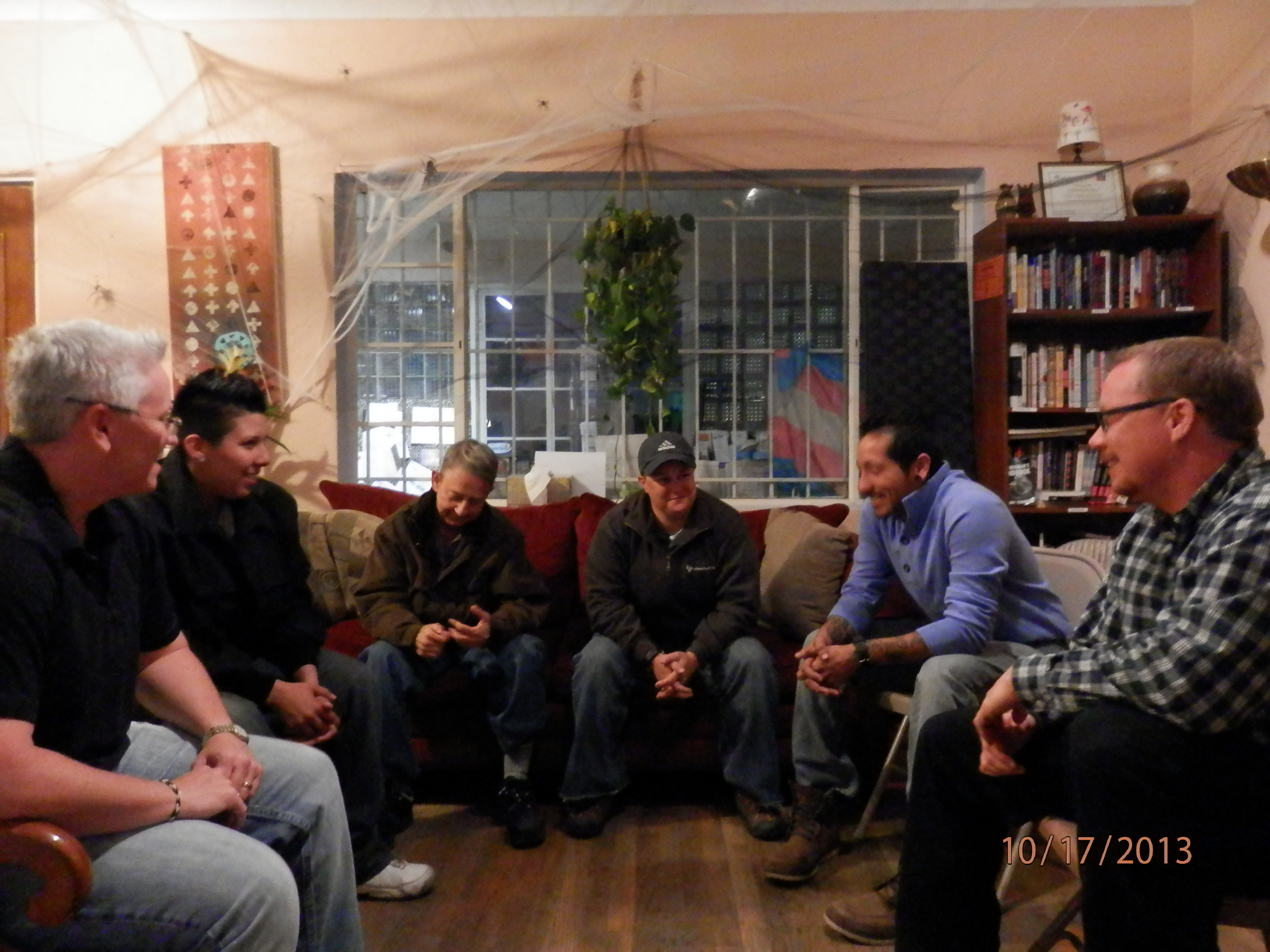 I caught up with Adrien Lawyer, Executive Director of the Transgender Resource Center of New Mexico (TGRCNM), while he was driving home from an

elementary school where he had just supported a 9-year-old student to come out as trans* to his class. More on that later… But first, for those who may not know, TGRCNM is dedicated to serving the transgender communities of the state of New Mexico. In collaboration with community and many other organizations, agencies and programs, they create and cultivate resources that support, assist, educate, and advocate for transgender people and their families and loved ones. Pretty amazing, right? I think so!

I began my conversation with Adrien by asking him to tell me about a recent highlight or accomplishment that TGRCNM wanted to share with all of you, the readers. He told me how they became a 501c3 in 2011 and that since then they have been able to open an official drop-in center to provide case management, support groups, legal advocacy, and so much more. They serve trans* folks who are homeless, struggling with drug use, living with HIV, or just needing a meal, a shower, or an understanding friend. This safe space also provides free trans* specific items like binders, wigs, bras, and packers.

Now I know you’re all wondering about the 9-year-old student who had just come out, so let’s get back to that story. Adrien said that TGRCNM had provided advocacy for people coming out many times before, but this was his first time serving as an advocate for someone so young. “This young person just wanted to have some ownership about how his life was talked about and have his peers be in a safe space to ask questions free of judgment.” About 20 of his peers came to the talk and the conversation flowed freely, covering everything from what does being transgender mean to bullying at school. Adrien told me it was a very positive conversation and that, when it was all done, the student seemed satisfied and relieved. If that’s not a small win, I don’t know what is. This is what we hope and strive for everyday: those small wins and cultural shifts where beliefs of hate and ignorance and systems of oppression are dismantled, leading to a larger goal of liberation for all.

Of course TGRCNM hasn’t forgotten about the larger transphobic systems that have played into this moment. There is work to be done here too and victories to be won. Violence towards trans* youth from both staff and students is present in schools everyday. To work towards freedom from institutional violence, Adrien sits on an Albuquerque Public Schools task force to propose trans* specific policies to the ABQ school district which is one of the largest in the country. TGRCNM has also successfully obtained funding from the State Health Department and HIV Prevention Office of School and Adolescent Health to fund suicide prevention work. Having this seat at the table and access to state funding makes TGRCNM more sustainable by helping them pay their bills and staff each month. Though let’s not forget that TGRCNM has been doing this work without funding from the Health Department for years. But this along with the grant from the Trans Justice Funding Project allows TGRCNM to remind funders that trans* people know best what they need.

If you want to keep up with TGRCNM, check them out at www.tgrcnm.org.