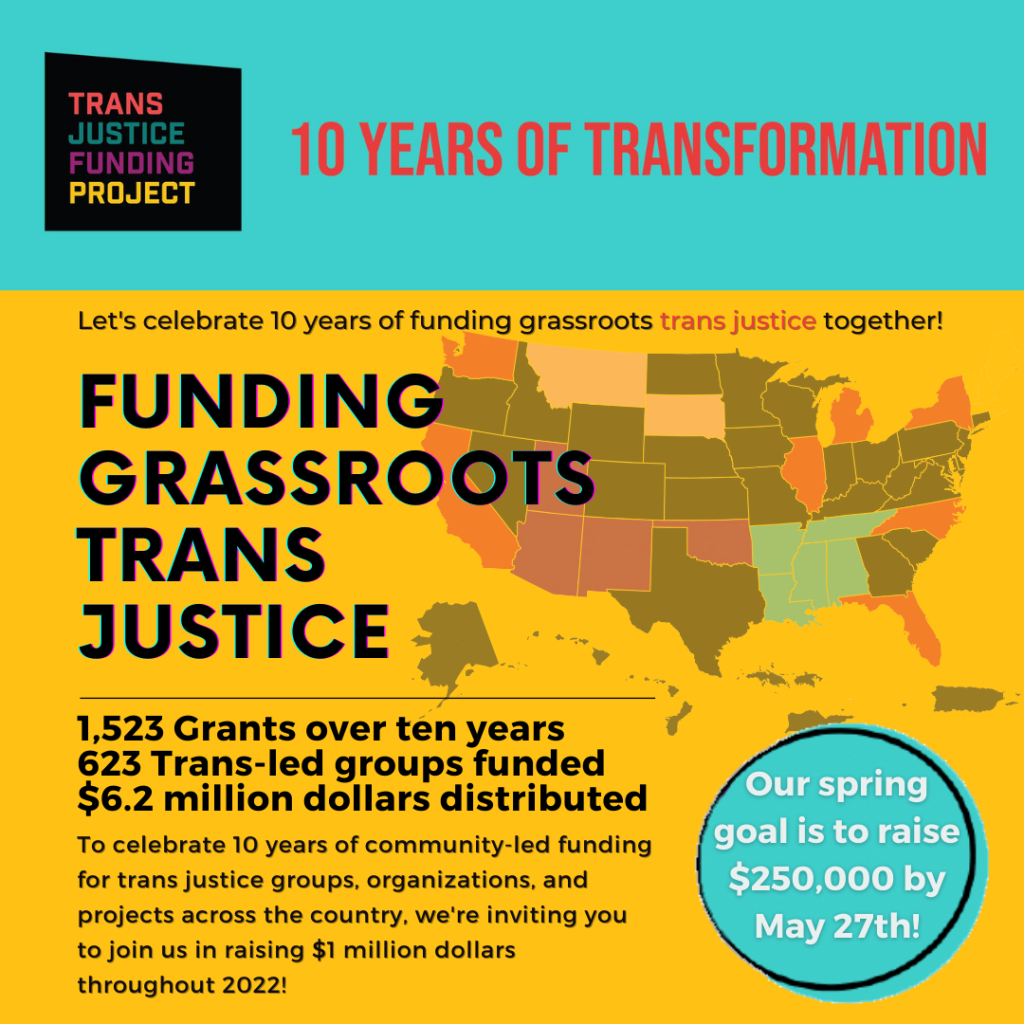 Ten years ago, TJFP was born from an effort to move money directly to grassroots groups and projects, run by and for trans people with “No Strings Attached,” because from the beginning, we have always trusted and believed in trans leadership and organizing.

Just like we did back in 2013, we invite you to join us in demonstrating a collective kind of love by donating whatever you can to support hundreds of groundbreakers, change makers and architects of abundance.

Over the next month our goal is to raise $250,000! All donations will go directly to hundreds of groups, organizations, projects and communities.  And we’re not stopping there! Until the end of the year we’re gonna go for it and plan to raise $1 million dollars.

(Just between us, more 10 year anniversary celebrations are coming soon!)

Being one of the first trans led, trans justice funders, getting to where we are now has been a journey. We wouldn’t be here a decade later without the commitment and generosity of so many. Thank you for actively believing in our people with us.

Now let’s raise $250,000 together by May 27th! Join us in celebrating this past decade of grassroots, trans-led activism by helping us uplift and fund this year’s grantees!