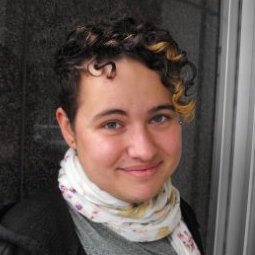 Sunny Dakota Spencer (Oglala Lakota) is a community organizer and actor, living in Portland, Oregon where he was born. He is queer, trans, Two Spirit, mixed-race, Jewish, femme, and lives with Obsessive Compulsive Disorder. His organizational home since 2010 is Basic Rights Oregon, where he has done work in their Racial Justice and Alliance Building Program, Marriage Program, and now Trans Justice Program. He is most passionate about his work building community with other Two Spirit people. In 2012, he helped create the fourth installment in a series of 4 videos uplifting the voices of LGBTQ People of color which was dedicated to Two Spirit families. Prior to his work with Basic Rights Oregon, he organized students at Portland State University through their Queer Resource Center as the Trans* and Interpersonal Violence Coordinator. Sunny’s lifelong love is theater and acting, which was his profession before publicly coming out as trans in 2010. In 2012, he organized the first of its kind “More Than Two Monologues,” a series of monologues written and performed by transgender, genderqueer, and gender non-conforming students at Portland State University. These days, Sunny’s performance art has taken him into the realm of exploring bodies, sexuality and desire by performing queer burlesque with other trans* people of color. Sunny’s a Taurus through and through, except for his Venus which is in Gemini.