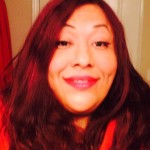 Ruby Corado was born in San Salvador, El Salvador. She fled a civil war when she was 16 years old. Now 45 years old, she has lived in Washington, D.C. for the past 30 years where she has devoted the last 20 as an advocate for the inclusion of Transgender, Gender Queer, and Gender Non-Conforming Gay, Lesbian, and Bisexual people in main stream society.

She is a self-made tireless advocate and leader for social justice, and her hard work has helped gain legal protections for the communities she serves in Washington, DC. She has fought for LGBT Human Rights, Transgender Liberation, Immigration Equality, Access to Health Care, Hate Crimes/violence, and many other disparities and issues facing the communities that she represents.