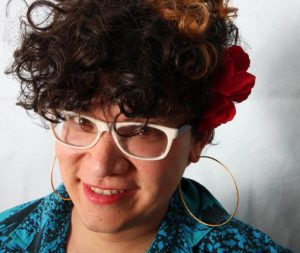 Kiyomi Fujikawa (she/her) is a Seattle-based, mixed-race queer trans femme who has been involved with movements to end gender- and state-based violence since 2001. In 2018, she became a co-director at Third Wave Fund, after having her first ever experience with grantmaking and philanthropy at Trans Justice Funding Project in 2013. Her political home is with queer and trans communities of color and organizing to prevent and respond to intimate partner violence. Kiyomi is currently on the board of Groundswell Fund, Funders Concerned About AIDS, and is a former Grantmakers United for Trans Communities (GUTC) Leadership Development Fellow. She formerly was a Senior Program Associate at the Fund for Trans Generations at Borealis Philanthropy, and the Queer Network Program Coordinator at API Chaya.