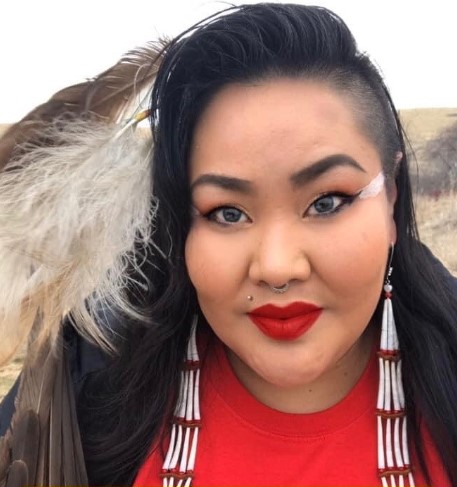 The Two Spirit Nation was not only just an encampment at the Očeti Šakowin camp at Standing Rock during the NoDAPL movement, it was a movement within a movement.

Candi Brings Plenty (They/Them/Theirs) is a Two Spirit Water Protector and Land Defender, who initiated Two Spirit visibility and awareness during the largest historical gathering of nations while decolonizing ceremonies and reclaiming space in sacred circles for Two Spirit relatives.