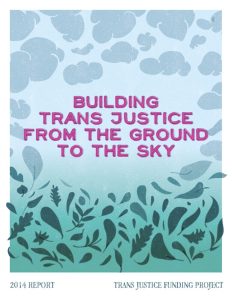 It’s hot off the press and waiting just for you!  The 2014 Trans Justice Funding Project report is FULL of information about our awesome grantees, a directory of trans justice groups from across the U.S., articles about trans women of color leadership and disability justice in philanthropy, a Grassroots Theory of Funding, updates on our unique structure and so much more.  You’ll want to read it, cover to cover.  Please share widely.

Comments Off on The TJFP 2014 Report is Here!

Funders for LGBT Issues highlights 94 foundations that increased their LGBTQ grantmaking by 25
percent or more in 2013.  Thanks to our fabulous supporters, (probably you) TJFP is on the list!

TJFP on camera! Who are we and what do we do?

Check it out, it’s our film debut!

Thanks to the Trans Justice Funding Project’s awesome volunteer Marin Watts,  you can now watch this video to learn what TJFP is all about, how it works and who you’ve been supporting.

2015 applications (in English and Spanish) are open now and due February 15th!

Help us get the word out to even more trans justice groups (with and without non-profit status) and raise more money to fund them!  Please share widely.

This video has closed captioning.

Comments Off on TJFP on camera! Who are we and what do we do?

Camp Born This Way is a weekend-long retreat for transgender and gender creative children between ages 5 and 12, their parents and family members. It aims to foster a welcoming environment for transgender kids to be themselves and to provide parents with a supportive community. It’s taken place for three consecutive years outside of Tucson, Arizona.

“The children who come to camp, they look forward to it all year, because it is the one long weekend that they truly don’t have to self-censor their activities or worry about what they wear or worry about how to express themselves…” said Diana Wilson, director and creator of Camp Born This Way. “The look of pure joy on their faces is pretty impactful for everybody that attends because it is something that we would hope the children would feel all the time.” 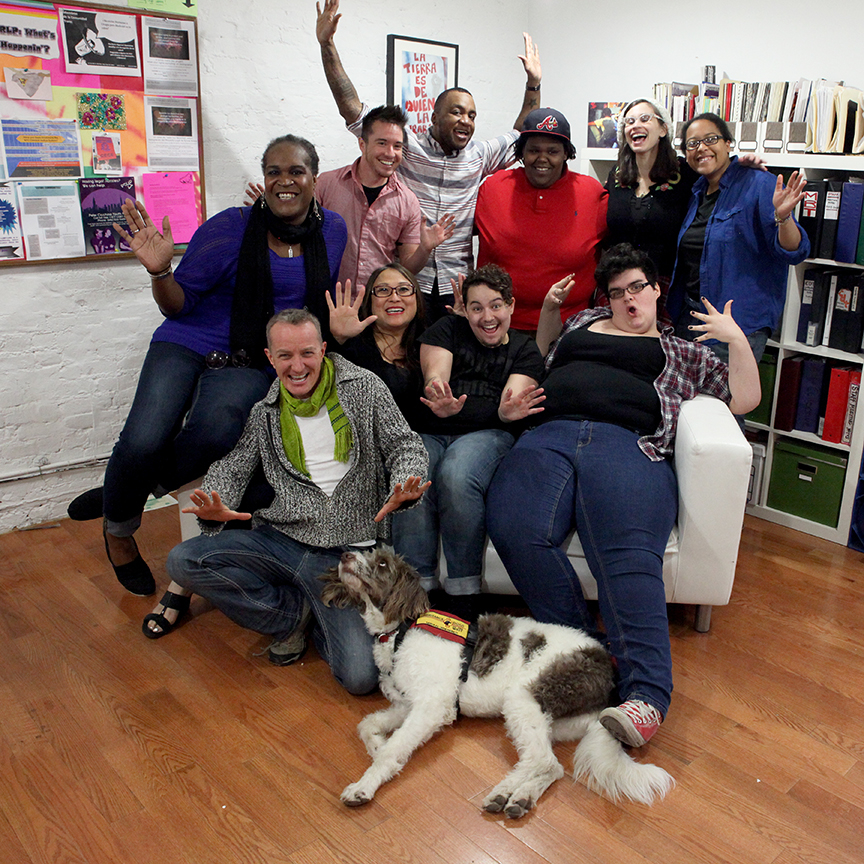 The Trans Justice Funding Project is excited to announce the 2014 grantees!

This year we received 106 applications from grassroots, trans-led groups located in rural areas and small towns, urban hubs and suburban areas, all with budgets under $250,000. Our panel of community activists representing six different regions met at the end of April to discuss all the applications and make the funding decisions.You can read more about our panel and our process at transjusticefundingproject.org.

Almost half of the groups funded had budgets of $10,000 or less, and many had no budget at all, running purely on volunteer energy. Other groups with budgets large enough to support a small staff were doing a lot with very little. 25% of the groups we funded this year were also unincorporated—they were not 501(c)3s and did not have fiscal sponsors. We believe that funding small, unincorporated groups is a crucial part of supporting grassroots work, and thanks to the many donors who gave through our new structure, we’ll be able to write checks to these groups with a minimum of red tape!

All of the groups that applied this year presented a strong case for how deeply trans justice work is needed.nBecause we believe it’s important to celebrate and map this work, this summer we will once again release a directory of all applicants who met our criteria both online and in our upcoming 2014 report. So please stay tuned!

Whether you were an applicant, a grantee, a community panelist, a volunteer, a donor, or someone who helped spread the word and cheered us on, thank you for your commitment to supporting and believing in trans leadership.

Transitions: A Residence for the Trans* Community, Oakland, CA

Project I Am Enough, Baldwin, NY

Hearts on a Wire, Philadelphia, PA

Comments Off on Trans Justice Funding Project announces its 2014 Grantees!