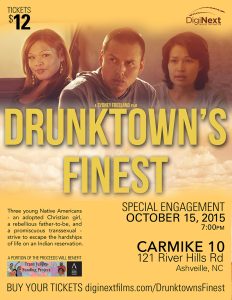 TJFP April Fundraising Campaign Update: So far we’ve raised $4,964!  Can we do it?  Can we make our $15,000 goal by THIS Thursday?  If we meet our goal then next weekend the community panel will able to give away $200,000 to grassroots, trans-led, trans justice groups and organizations across the country.

What a feeling that would be!  Join in today!  There’s no donation too big or too small!

Comments Off on LAST WEEK TO DONATE!

What do we want… TRANS JUSTICE!

WHEN DO WE WANT IT…

There’s no donation too small to show your love and support today.

Join TJFP’s April Fundraising Campaign if you can!

Comments Off on What do we want… TRANS JUSTICE!

Nope, that’s not a headline from the Onion satirical newspaper.  Sadly, it really happened.

Memories Pizza, the Indiana restaurant that said it would refuse to cater gay weddings under the state’s controversial religious freedom law, has raised more than $800,000 from supporters.

Can you imagine how much impact the trans justice movement could have if we could also raise that kind of money in a matter of days?

Comments Off on Yikes! Anti-Gay Indiana Pizzeria Receives $840,000 in donations.