TJFP mentioned in Advocate article, Here’s How the Feds Can Fight Trans Murders

“Last Thursday morning, House Minority Leader Nancy Pelosi grieved the loss of at least 21 transgender women murdered in the U.S. this year as a result of anti-trans bias.

“We can pass a law, we can help to break down barriers in people’s minds,” said Pelosi at her morning press briefing, according to the Washington Blade. “Now we have to get to their hearts.” 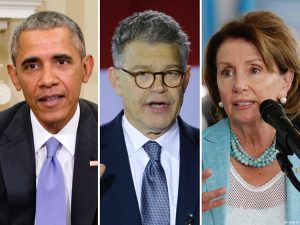 Her remarks come on the heels of Sen. Al Franken’s letter the previous day to the Department of Justice and the Federal Bureau of Investigation, urging an end to law enforcement’s frequent misgendering of trans murder victims, and an increase in the reporting and tracking of hate crimes against gender-variant people.

The White House also weighed in at an afternoon press conference Thursday. Deputy White House press secretary Eric Schultz offered “thoughts and prayers” for the victims and their families, adding that the White House has no new “legislative or official reviews” on the matter. But, “obviously the president’s record on this is well known,” concluded Schultz.

So now that top officials of the federal government are addressing what advocates are calling an epidemic of transgender murders, beyond prayers and existing legislative measures, what can they do?

Drawing from the valiant efforts of advocates, outreach specialists, policymakers, and government officials, here are two steps that Congress and the White House can take to fight deadly violence against transgender people in the United States.”

Comments Off on TJFP mentioned in Advocate article, Here’s How the Feds Can Fight Trans Murders